How does Alaska or your state deal with this problem?
By CBS News: Taxpayers subsidize ‘hush money’ for sexual harassment and assault


By Austin Baird: The criminal justice reform bill is advancing. But what would it actually change?


Do you participate in Citizen Scientist programs?
By associated Press: Walking beaches, volunteers amass data on dead seabirds
Hundreds of volunteers comb stretches of beach from Mendocino, California, to Kotzebue, Alaska, each month looking for carcasses that have washed ashore. The citizen scientists are often the first to see when unusual numbers of birds have died.


By Rebecca Palsha: 10-cent gasoline tax passes Anchorage Assembly
“Motor fuel taxes should be imposed at the statewide level so that all users of the highway and road facilities pay the same rate as a user fee,” Aves Thompson with the Alaska Trucking Association said. “Our fear is that if the Anchorage assembly adopts this ordinance additional communities will impose similar local taxes creating a stove pipe taxation system throughout the state increasing the motor fuel tax at different rates for different areas making statewide operations more difficult.”


By Patrick Moussignac: Meth makes a comeback, killing some Alaskans


By Lauren Maxwell: Biologists plan to put down 4 brown bears in Eagle River


Forgotten battlefield: The invasion of Alaska


By Kalinda Kindle: ASD introduces new high paying position
Anderson says the job pays $160,000 but is worth more than $200,000 with benefits.


By Caslon Hatch: Loussac Library sees uptick in patrons, more residents seeking social services
“We have these social work interns and it’s really great because librarians can’t always determine what the best first step is for some of these complex needs,” said Preskitt.

Since the need has proven to be there, Preskitt says they are expanding the program. The Alaska Mental Health Trust Authority just awarded funding for a full-time social worker to be on hand year-round.


By Leroy Polk: 2 men arrested in Palmer burglary, 1 was found hiding in a swamp


By Leroy Polk: Alaska man arrested while trying to break into a moving truck, officials say


By Samantha Angaiak: State considers a sponsor for Birchwood Airport 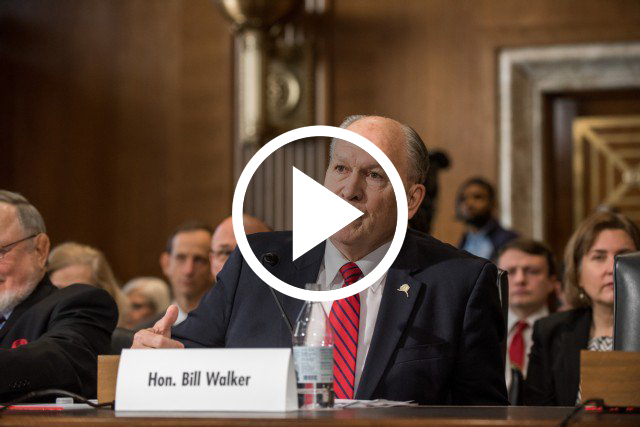 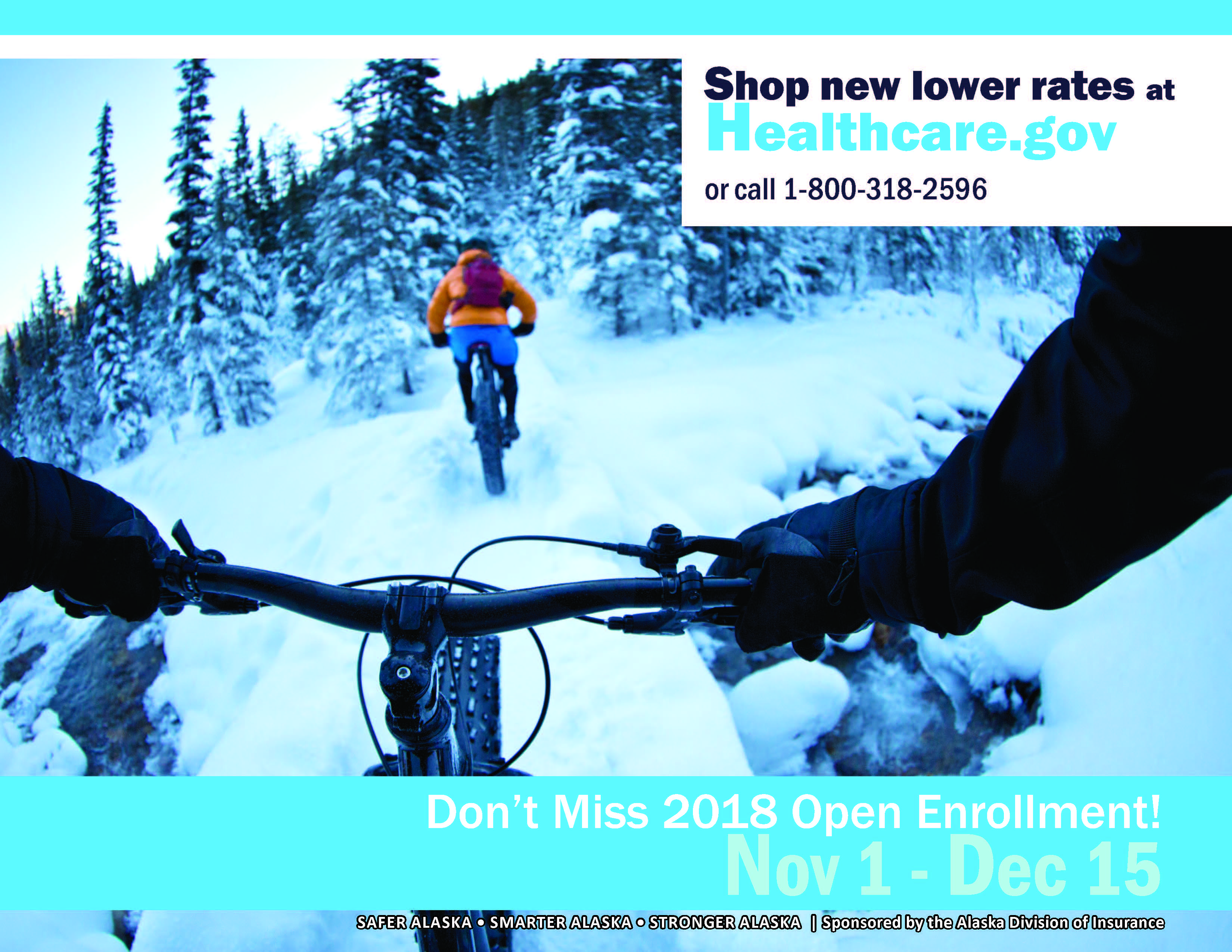 This morning, I ordered that Alaska flags join U.S. flags at half-staff as our nation mourns the loss of life in the tragedy in Sutherland Springs, Texas. This is a heartbreaking tragedy. Donna and my sincerest prayers and condolences are with the victims and their families during this difficult time.

One Alaska Update: Keeping up with Gov. Bill Walker

By Cameron Mackintosh: Avalanche season underway, a warning for those headed into the backcountry
Even though snow totals are mostly low even in the backcountry, avalanches are still possible. In fact, several minor avalanches have been reported in Hatcher Pass and the Chugach Mountains in recent weeks. Currently, avalanche danger for the Hatcher Pass area is considered “considerable” at elevations above 2,500 feet.


By Sean Maguire: State lawmakers threatened with physical harm on social media
JUNEAU (KTUU) – The Speaker of the House, Rep. Bryce Edgmon (D – Dillingham) announced that lawmakers were threatened with physical harm by a person on social media. The threat was based on the position taken by a majority of legislators to a proposed amendment to SB-54.


By Victoria Taylor: Slick road conditions plague Anchorage drivers Sunday
ANCHORAGE, Alaska (KTUU) Anchorage Police said as of midnight Sunday morning, 68 crashes had been reported, 11 of those resulted in injuries and 30 vehicles were reported in distress.


By Patrick Moussignac: Inside the gates: Honoring our veterans

By Jackie Purcell: Snow by Saturday night or Sunday for Anchorage area


By Dan Carpenter: Pastor Alonzo Patterson retiring after 65 years in ministry
This Sunday, November 5, will be Pastor Patterson’s final sermon at the Shiloh Missionary Baptist Church. The day is also his 80th birthday.


By Samantha Angaiak: 5th annual fundraiser kicks off for MYHouse 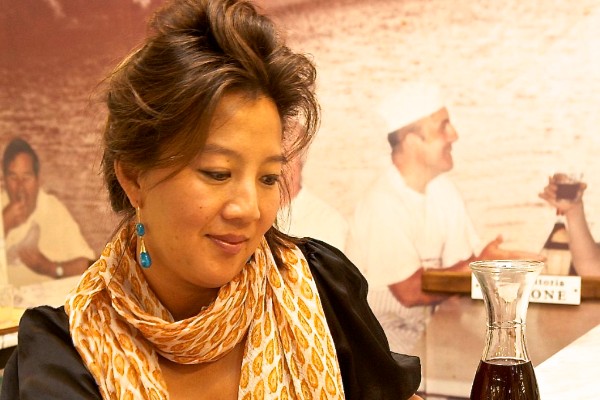 DISH with Kim Sunée: Fusion food, guilty pleasures, and what’s in her fridge

If you picked up a copy of our fall issue, you’ve maybe already tried Kim Sunée’s recipe for Spicy Kale and Bacon Gochujang Pancakes Jangddeok. We were delighted to share this excerpt from her new cookbook, Everyday Korean: Fresh, Modern Recipes for the Home Cook, and are following it with a web-only exclusive Q & A.

We’ll be at the Bear Tooth Grill in Anchorage on Monday for the ‘Everyday Korean’ Book Launch and Signing. Can’t wait to get our hands on a signed copy!

📚 This November, cuddle up with good eats & good reads 📚


By Sean Maguire: Senate Bill 54 passes the House Finance Committee and heads to the House


By Daniella Rivera: ‘No justice’ even as adoptive mother receives max sentence in abuse case
After researching the effect of SB91, Alaska’s controversial crime reform law, on the case Thursday, an attorney with the Alaska Office of Victim Rights told KTVA in an email:

Some people who work in a Fairview neighborhood say they’re frustrated by the constant crime and drug dealing. To them, it’s a problem which is only getting worse.

Rick Morrison opened an auto dealership near 10th Avenue and Gambell Street, more than 40 years ago. He has since sold the dealership but still owns the property. He said the area used to feel safe, but not anymore.

“My concern is, I wouldn’t let my kids or my grandkids walk through here without being escorted,” said Morrison. “And, quite frankly, when I drive through, and this is my home, I’ve been in this place for 40 something years, I’m uncomfortable.”


By Sidney Sullivan: Anchorage teen indicted for Shell station armed robbery
According to the indictment, Lowe faces four felony charges, including first-degree robbery and third-degree assault. If convicted, Lowe could face up to 20 years in prison.

Lowe’s arraignment is schedule for Thursday, Nov. 2. And the Alaska Department of Law reminds the public that the defendant remains innocent, until proven guilty.


By Juan Montes: WATCH: Sleeping driver stops traffic, arrested for heroin
While there was not enough probable cause to justify an Operating under the Influence charge, Oistad confirms that Lacy was charged with Misconduct Involving a Controlled Substance in the third degree.


By Carlson Hatch: On its 30th anniversary, Anchorage Landfill aims for another 30 years

The Daily News: Three authors featured at WordFest
Pettersen was raised on Washington’s San Juan islands. He commercial fished with his dad and brothers on the Pacific coast and in Alaska when he was 8 years old, and by the time he was 13 years old, he captained a fishing boat in Alaska, according to the press release.

The ceremony will take place this coming Wednesday at the Discovery Theater, starting at 7 p.m. Tickets and more information are located at ywcaak.org.


By Leroy Polk: VIDEO: Popular Nome hotel and bar goes up in flames


By Dan Carpenter: Alaskans provide input on partial rollback of crime reform
The last piece of SB 91 is set to go into effect in January, moving away from a cash bail system to one based on the likelihood someone will commit a new offense.

The House Finance Committee planned to reconvene Tuesday at 1 p.m. with a presentation from Attorney General Jahna Lindemuth on the agenda.

By Kortnie Horazdovsky: Man sentenced for beating mother’s boyfriend to death
Elliot Myas, 23, was sentenced to nine years with four suspended after pleading guilty earlier this year to Manslaughter in the beating death of 50-year-old Luke Flanagan at the Econo Inn in January. It was Anchorage’s first homicide of 2017.


By Cameron Mackintosh: Suspect in Spenard triple homicide appears in court for bail hearing
Ultimately, Superior Court Judge Jack Smith decided to postpone his decision, and scheduled another bail hearing for Nov. 16. Pisano’s trial is currently scheduled to start on Dec. 4, according to online court records.


By Carlson Hatch: A look inside Ted Stevens International Airport’s lost and found


By KTVA Web Staff: Teacher of the Week Allison Stengel