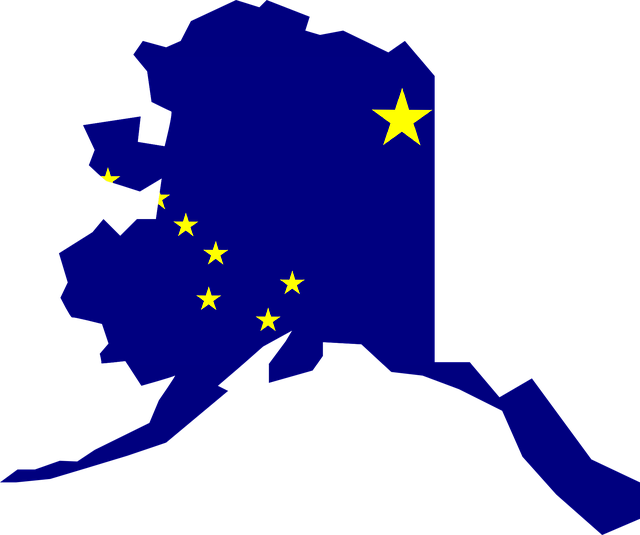 KTUU: Case closed in death of Marx Bros Cafe head chef Family and friends of John D’Elia still have questions regarding the Anchorage police investigation; Multiple mail thefts in Eagle River, Palmer likely connected; Mayor’s proposed resolution on Sullivan Arena capacity expansion rejected by Anchorage Assembly; Anchorage sees snowiest December day in more than 2 decades Parts of Southcentral have seen up to, if not more than, a foot of snow and more ->

Marcia Biederman
On Jan. 13 , I’ll present a Zoom talk about the forgotten history of a courageous Haida woman, Agnes McAlpin. I’m immensely grateful to the Sheldon Jackson Museum for making this possible, and to this group for posting the call for applications. I hope some of you will attend and ask questions.

Where Zoom only (map)

Description As part of the Share Your Culture/Share Your Research Winter Series, biographer and journalist Marcia Biederman (non-Native) will give a Zoom-only historical talk entitled “The Courage of Agnes Young McAlpin: The Forgotten Story of a Haida Woman Who Won a Fight for Her Human Rights.” To attend, visit www.zoom.com and input meeting ID: 842 3603 1991 and passcode: Agnes.
Join us for this event as Biederman takes us back to 1906, at a time when people fought for seats in a Pennsylvania courtroom to hear a young Haida woman tell of years of mistreatment at the hands of her white husband and in-laws. Originally from Kasaan, Agnes Young was 17 when a white dentist named Kenneth McAlpin married her in Wrangell. A year later, with Agnes pregnant, the couple returned to Kenneth’s home. Horrified by the interracial marriage, his mother and sister banished Agnes to a barren attic while Kenneth got a luxuriously furnished room.
Hidden from visitors and forced to eat separately, Agnes thought of suicide. Instead, she developed a plan to free herself and her children from this intolerable situation. Using photos and excerpts from news accounts, Marcia Biederman will explain how Agnes won a highly publicized divorce trial, ensuring a future for her descendants in Alaska, and prompting a small Pennsylvania city to examine its commitment to civil rights.

The Alaska 100: Treat someone special this year with the gift of experience


What Do I Know: AIFF2022: Dealing With Dad and Bering Family Reunion


KTOO: Kenai man has the nation’s 19th-best mullet; Bear encounter north of Fairbanks raises questions about carrying protection in winter; How Alaska’s congressional delegation voted on the same-sex marriage and railroad bills, and why; Spay and neuter services available in-house at Juneau Animal Rescue and more ->


KSTK: Wrangell schools keep travel COVID testing in place for student-athletes, despite some pushback and more ->

KRBD: How to bring home your own Southeast Alaska Christmas tree and more ->


Indian Country Today: Seating a Cherokee in Congress
She was inducted into the Alaska Women’s Hall of Fame in 2010 and served as chair of the Alaska Native Health Board among many other achievements.

Santa’s Letters & Gifts celebrates 20 years
Pam Sattler is now taking her art in a new direction. One of her pieces is on the cover of the Winter 2022 issue “Alaska Women Speak.”


By Neha Saini, Mint: Apple iPhone 14 SOS feature saves man’s life in Alaska, rescuers impressed
Apple introduced the emergency SOS satellite feature with iPhone 14 series. The feature went live in the US and Canada a few weeks back. Now, a man is crediting the emergency feature to save his life when he found himself stranded in the mountains of Alaska.

Lund was known throughout Southeast Alaska and across the state for her work which spearheaded bettering health care for Alaska Native people during a period when it was difficult to obtain.
Learn more ->

Happy holidays! This week’s Glacier Rock Show will highlight the English Band The 1975 new album “Being Funny in a Foreign Language” released October 14, 2022 via the Dirty Hit label. The two-hour show will air across the US via the Pacifica Radio Network and in Alaska on KEUL 88.9, Girdwood on Saturday, Dec. 10, 8 pm and Sunday, Dec.11, at 11 am.

The band which was formed in 2002 with the album written by Matthew Healy and George Daniel and recorded at Real World Studios inn Wiltshire, United Kingdom and the legendary Electric Lady Studios in New York. This is the fifth studio album for the group The 1975 and was created during the COVID-19 pandemic. “Being Funny in a Foreign Language” was released in part through several singles starting in July through September 2022. The four-member ensemble have established themselves as one of the defining bands of their generation with a distinctive aesthetic, ardent fanbase and a unique sonic approach. Glacier Rock Show listeners are encouraged to tune in and enjoy this upbeat new album.


By Emerson, Only In Your State Alaska: The Spectacular Ice Skating Lagoon In Alaska That Will Make Your Winter Complete

By Megan McDonald, Only In Your State Alaska: Drive Through A Winter Wonderland This Holiday Season At The Bright Up The Night In Alaska


By Casea Peterson, Only In Your State Alaska: These 8 Pieces Of Architectural Brilliance In Alaska Could WOW Anyone

By Megan McDonald, Only In Your State Alaska: The Unrivaled Canyon Hike In Alaska Everyone Should Take At Least Once


KTOO: Syphilis cases in Alaska continue to climb, compounding the state’s STD challenges; 3 tribes dealing with the toll of climate change get $75 million to relocate and more ->


KRBD: NTSB calls for special regulations on Ketchikan air tours after series of crashes; Alaska’s second fatality-free year of commercial fishing could be part of a trend and more ->

By Dave Allgood, KTUU: A war, a pandemic , a dog 🐕, distance and three years later? A Ukrainian immigrant, who now lives in Wasilla …is finally reunited with her beloved Rottweiler. She never gave up on her best friend. True love persevering … my latest Allgood News. Anastasiia Heath & ‘Roxy’.

KTOO: Alaska Energy Authority invests $4.9M in state’s largest solar farm; The US promised tribes they would always have fish, but the fish they have pose toxic risks and more ->

KINY: Alaska would be insulated from a nationwide railroad strike, officials say; Sealaska Heritage Institute to sponsor lecture on Native Leaders Hall of Fame; Together Tree effort resumes in Sitka and more->

SOA: Division of Public Health: How to Get Vaccination Records There are three ways to get a copy of Alaska immunization records:

KTUU: Woman dies after boat hit by waves capsizes near Sitka; Nunaka Valley neighbors say walking route to new school is dangerous; Santa to check in on team at Reindeer Farm in Palmer and more ->


KRBD: Klawock hunter rescued after being separated from group and more ->

Wishing all a most joyous Thanksgiving!

KTOO: ‘I watched it rapidly turn into absolute chaos’: Inside the deepening dysfunction at North Star psychiatric hospital; Ethel Lund remembered as a health care trailblazer for Southeast Alaska Natives and more ->

KYUK: New documentary profiles Ayaprun Loddie Jones. ‘We all need heroes and we need to know their stories’; Bethel’s only low-barrier emergency shelter may close early this year. ‘Honestly, where are they gonna go?’; No injuries in Yute Commuter Service crash near Bethel and more ->


By Casea Peterson, Only In Your State Alaska: 14 Times The Sun Made Alaska The Most Beautiful Place On Earth


KYUK: Bethel veterans recall service and life beyond it and more ->


Fairbanis News Webcenter 11: Active shooter response exercise put on by UAF; Women Veterans share their stories and are celebrated for their service and more ->


The Arctic Sounder: Anaktuvuk Pass Elders return the remains of a Nunamiut man to the village, bringing residents joy and a sense of healing; With rituals, knowledge and care, Alaska Native birthworkers support families throughout the birthing process and more ->


KSTK: Learning Lingít at lunch; Wrangell has a dam problem. Officials hope a recent survey will point to a solution. And more ->


KRBD: Judy Zenge honored as Citizen of the Year at Ketchikan Chamber gala and more ->


By Diane Kaplan, Rasmuson Foundation: Dear Alaska: My new chapter is about to begin

By Nancy Lord, Book review: A new edition of a 19th century sea voyage opens a window into the era’s fascination with the Arctic


By Courtney, Only In Your State Alaska: Here Are The 10 Most Dangerous, Deadly Places In Alaska


By Megan McDonad, Only In Your State Alaska: Walk Through A Winter Wonderland To The Frozen South Fork Waterfalls


By Courtney, Only In Your State Alaska: Only In Alaska Will You See Something Like This On A Rafting Trip Down The River


KYUK: Bethel-area fiber broadband project gets a Yup’ik name; ‘Airraq is a string used to tell stories’ and more ->


The Arctic Sounder: Numerals invented by a handful of Kaktovik students can now be used digitally and more ->

By Megan McDonald, Only In Your State Alaska: It’s Bizarre To Think That Alaska Is Home To The World’s Largest Collection Of Hammers, But It’s True


KTUU: Man taken to hospital with serious injuries after pedestrian collision in Eagle River; Teen charged with murder in Bethel fire that killed 3; Man arrested in alleged abduction, assault of teen girl near Wasilla; Soldotna man dies in Seward Highway rollover crash; New treatment facility in Wasilla turns a mother’s heartbreak into hope Dylan’s Place is named after Karen Malcolm-Smith’s son who died of a drug overdose in 2017 and more ->


KRBD: Hometown filmmaker’s short ‘The Ladder’ to premiere in Ketchikan Saturday and more ->

By Harry Linley, Alaska Highway News: Watch: An insider’s look at life as a B.C. logging truck driver While women make up nearly half of the Canadian workforce, only 3% of the trucking industry is female. Kaylee Roberts shares what life on the road is like as a truck driver.


By Carol Ann Gregg, American Agriculturist: Trees are symbol of the season Farmhouse Window: Many families have Christmastime traditions, including a trip to the farm to cut the yearly tree.
For many families, going to get the Christmas tree is part of their holiday traditions. Many years ago, I met a woman who was part of the Alaska Women in Timber group. She was seeking sole mates in agriculture and attended an American Agri-Women’s meeting, of which I was a member.

KTUU: Man dubbed ‘hero’ after helping alert neighbors of life-threatening fire; After more than a year, an Anchorage woman is finally getting justice for her cat; School closures, outsourcing sports, cuts to orchestra and band, immersion — ASD braces for dramatic cuts; US Army veterinarian provides medical knowledge to assist dogs and more ->

KTOO: Study looks at the return of tourism’s impact on whale stress levels and more ->


KSTK: What infrastructure projects do Wrangell residents care most about? The borough wants to know. and more ->