I keep singing that song by Simon & Garfunkel (and later, redone by the Bangles, the version I prefer), A Hazy Shade of Winter.

Most likely this is because we got a couple of more inches of snow this morning. And yes, it is beautiful, everything coated and soft. When evening comes (and it comes at around 4 p.m. now, and we’re still losing over five minutes a day), everything turns a lovely blue before darkness settles in.

And settles in. And settles in. We’re down to seven hours of daylight and trust me, the darkness can wear on you. It can press down on your shoulders and make you feel a little bit crazy.


By Beth Verge: Missed the last day of ‘Tire Hotel’ tire pickup? It’s not too late
Friday was the last day of pickup after a week of open hours at the property, located at 3330 Denali St. in Anchorage, though Bender said her team would still be trying to reach out to those whose tires are identified at the shop.

“We’ll be reaching out to folks through the phone if we can locate a name,” she said.


By Victoria Taylor: APD looks at drones to add eyes to the sky in certain investigations
Ryan Marlow with Alaska Aerial Media says the state has a solid set of laws in place to honor privacy.

“Alaska has amazing privacy guidelines. So with that we have House Bill 255,which basically stops the use of systems unless it’s required by criminal activity or a warrant or any of the other items that fall under hot pursuit and that’s the state law,” he said.

The Anchorage Assembly is developing a subcommittee to focus on developing municipal ordinances to address drone use.


By Peggy McCormack: Dept. of Interior searching for whereabouts of 17,000 Native Americans
Alaska Natives who wonder if they might be on the list can visit this website.

Class Members or the heirs of Class Members should provide documentation immediately to the GCG by calling 1-800-961-6109, by emailing Info@IndianTrust.com, or by U.S. mail to Indian Trust Settlement, P.O. Box 9577, Dublin, OH 43017-4877. Class members can also search OST’s Whereabouts Unknown database. If you have any questions about the OST Whereabouts Unknown Cobell list, call the Indian Trust Beneficiary Call Center at 1-888-678-6836.


By Lauren Maxwell: Subaru donates cars to Meals on Wheels on the Kenai
The cars were among 50 that were given away to organizations that deliver Meals on Wheels in a nationwide contest by Subaru of America. The company is celebrating its fiftieth year in business.


By Leroy Polk: 3 Alaskans charged with smuggling heroin into correctional center
“The law provides for a maximum sentence of 20 years in prison and a fine of $1 million or both for the charges alleged in the indictment,” prosecutors wrote in the news release.


By Associated Press: Fairbanks man accused of shooting neighbor in back has charges dropped


By Caslon Hatch: Tax break for property owners proposed by Anchorage Mayor
The proposed ordinance will be introduced to the Anchorage Assembly at its November 21 meeting. They’re expected to vote on it at the December 5 meeting.


By Patrick Enslow: Anchorage MMA fighter uses cage to spread positive message
“One of the hardest decisions I ever had to make was to tell my mother, because my father wasn’t around that I didn’t want to go home,” said Meriweather.

At just 11 years old, Meriweather says he chose to join a new family through adoption, and that’s why now, the 26-year-old works with youth programs to spread his success story.

“There is nothing anybody in that cage can do to me that’s more painful than what I went through as a child,” said Meriweather.

By Leroy Polk: Northrim Bank gives owners two more days to pick up their tires
To help, the organization is once again sending bank employees to Johnson’s Tires on Nov. 16 and Nov. 17 from 12 – 2 p.m. and 4 – 6 p.m. There, employees will help to reunite owners with their wayward tires. 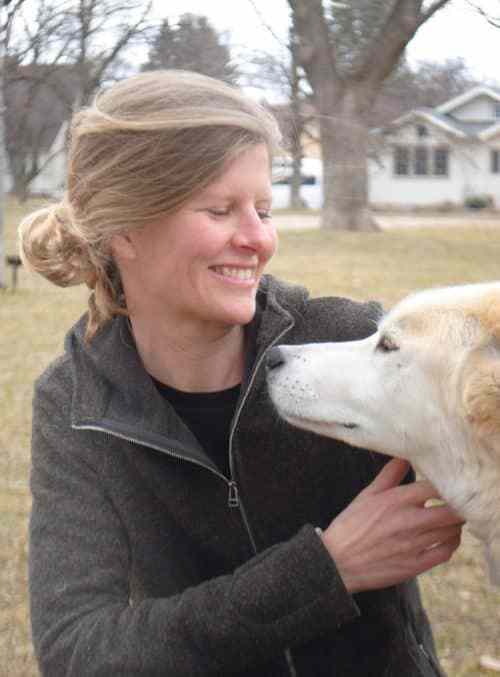 Sometimes you need rules to make a game more interesting (witness: tennis, sonnets.) You could say I invented a reading-list form for myself. Guest Blogger Christine Byl | What Shall I Read Next?

a href=”http://instagatrix.com/2017/11/16/guest-blogger-christine-byl-what-shall-i-read-next/”>Guest Blogger Christine Byl | What Shall I Read Next?


By Kalinda Kindle: Proposed ordinance to fine nonprofits with excessive 911 calls
The ordinance will be introduced during the Anchorage Assembly meeting on Tuesday, November 21st, 2017.


By Associated Press: Alaska board reaffirms ban on using planes to hunt sheep

By Julia O’Malley: For Edible Alaska: What happens when you switch to a traditional Alaska Native diet for a month? Unexpected things.

By Cameron Mackintosh: Marijuana Control Board to discuss onsite consumption at Wednesday meeting


By Sidney Sullivan: VIDEO: Shismaref road erodes away in storm


By Kortnie Horazdovsky: GCI employees’ information compromised
GCI says it is working with The Siegfried Group, a forensic investigation firm and law enforcement to better understand what happened. The company is offering free credit monitoring and identity theft protection to its employees through March 31, 2020.

Employees can ask for additional support through the human resources department.


By Kyle Hopkins: Small hotels say their businesses are at stake as state reviews liquor licenses


By Rebecca Palsha: “I shouldn’t be here I should be dead”– meth addiction quadruples in Alaska
The Salvation Army Adult Rehabilitation Center program is only for men, but Swazer said there is bed space available. For more information he can be reached at ken.swazer@usw.salvationarmy.org.


By Daybreak Staff: Examining healthcare costs with Alaska Common Ground
They will be hosting a series of discussions on the subject starting Wednesday, November 15 and going through January. It’s being held at 49th State Brewing Company at 7 p.m. There is a suggested donation of $10.


By Samantha Angaiak: Parks and Recreation cautions Alaskans to be wary of thin ice


By Megan Mazurek: Teacher of the Week: Robin Wold